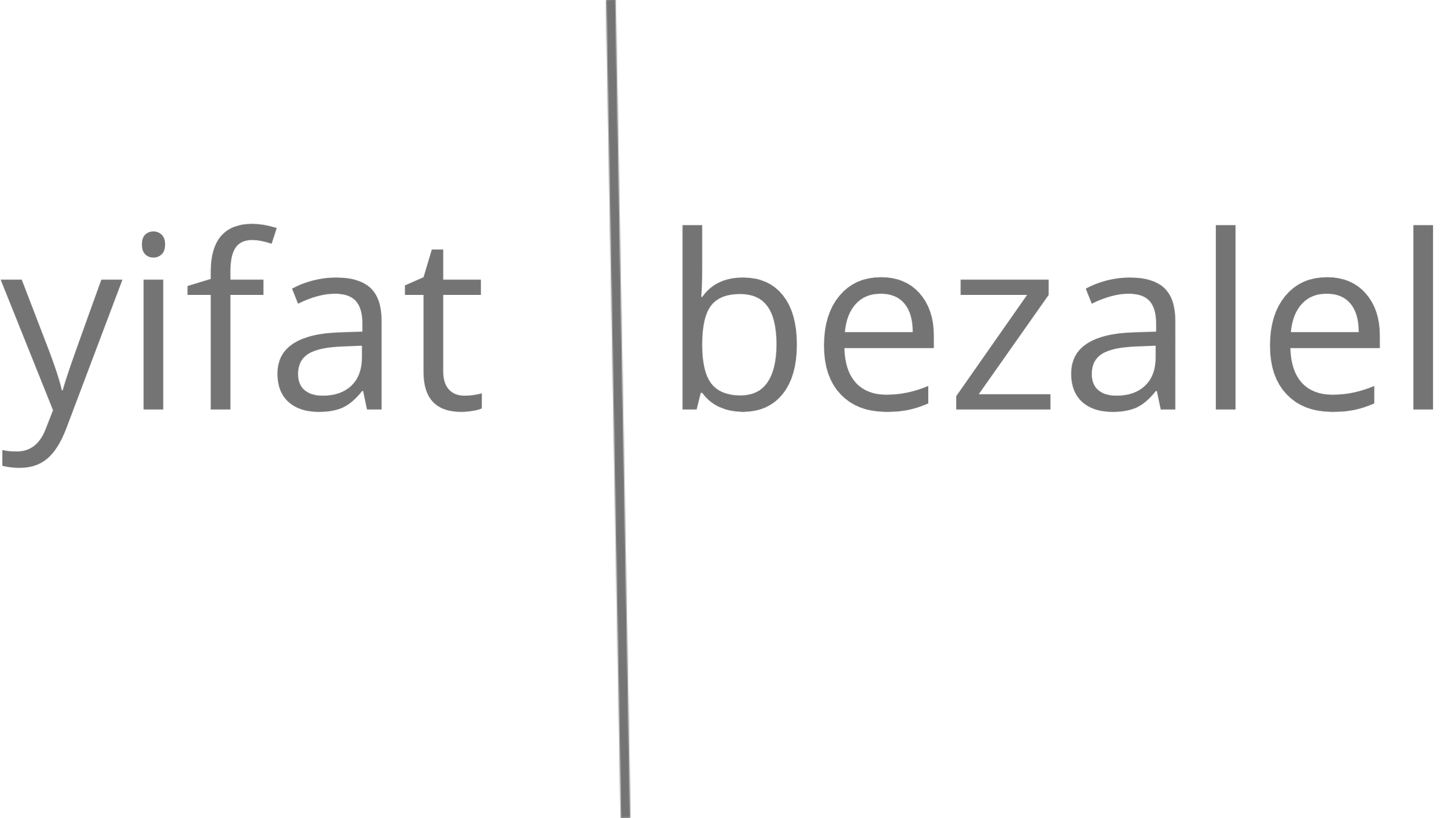 Yifat Bezalel is trained as a classical and academic artist, and over the years she has established her unique technique. In her work process she superimposes semi transparent pencil layers of figurative and realistic images creating surreal realms. Her works have often been described as having an ethereal quality to them. “Tehila” 2017 was Bezalel’s most recent solo exhibition at the Tel Aviv Museum, she has also exhibited at the “Personal Structures” project during the 2013 Venice Biennale, at the Tate Liverpool, the Rovereto Contemporary Museum, the Hamburg Kunsthalle, the MACRO Roma, the Vida Museum in Sweden, the 2019 Drawing Biennial at the London Drawing Room and at Purdy Hicks Gallery in London. Her works have been shown at various art fairs, ArtGeneve, Drawing Now Paris and The Others art fair Turin. Bezalel took part in the “Tracy Emin charity postcard sale” at DB London 2018 Frieze art fair;she was awarded the Rappaport prize for young Israeli artist in 2016, the Culture and Sport Minister award in 2014. Bezalel’s works can be found at the V&A collection, the Deutsche Bank collection, TAMA museum, Hauser & Wirth private collection, the Art Partners Fund NY and several important private collections. Bezalel graduated from the Bezalel academy of art and design where she currently teaches at the art department, she lives and works in Tel Aviv.
DOWNLOAD ARTIST CV
DOWNLOAD PORTFOLIO
SELECTED ⎥ WORKS

Sick nature, twisting and flooding in purple-bluish hues. What is this place? Where am I? Darkly burning colours depict the fantastic landscape of abandonment – a territory of blooming neglect nourished by forgetfulness. The motherland of Motherlessness. Entangled leaves and over-burdened stalks encode as in a black box the lost language of the crash.

Since before all and forever after, there was – there always will be – the fall. Yifat Bezalel’s Alice is still falling down the rabbit hole – devoid of context, banished from the comforts of story-telling, already detached from the fields of gravity power yet never to set her foot in Wonderland. How many times will Alice duplicate its own uprooted image as she falls ad infinitum? Alice is being constantly de-parted, excessively multiplied in the rhythms of her own loss: Motherlessly, I am estranged to myself, always misplaced, always on the run. Being divorced from her own image, an almost unbearably sad Alice gives birth to yet more forlorn version of herself, as every moment of loneliness lasts forever, wavering unredeemed on the brink of time.

The portraits follow each other like frozen images in a film that is never to be projected. The fall is nothing but a continuum of suspended movements, as Time itself is revealed in Bezalel’s work to be composed of glimpses of breathless moments, a network of shocks: From one heartbeat to another I am loosing myself to myself, unwillingly bestowing my name to a legion of doubles that inherit my uncompleted drawings and spread the word of my death in their midst. “Can’t you see that I am dead?” (Edgar Allan Poe). And as I am already dead, how shall I call myself back? How shall I return from the dead?

Yifat bezalel’s works transform the space of the gallery into a séance hall: you are the medium, you are the ghost, you are the tenant whose nights are besieged. But beware, as the very constitution of the gallery is on the verge of collapse. The very space is being terminally spaced, paced with the footsteps of its own calamity, folding unto itself as in a doomed attempt at mise en abyme – a space within a space, echoing and re-echoing the terrified serialization of the orphaned figures. The house is being forgotten as we lay our eyes upon its skeletal structure, and ethereal flowers are already gathering as a party of mourners, covering the surfaces with the wild blossom of oblivion, spectral observers and skeptical witnesses to the house’s attempt at coming back to life through the power of repetition.

For repetition in bezalel’s work is an accelerated process of cell-division, a body possessed with an undiagnosed fever, secretly devoted to the unimpeded progress of a strange malady: mother, I am hosting too much life within my body, and it is all over me, robbing my very image, eulogizing me while I am still alive. Mother, let me die towards you: my body is gliding, my head is floating in between the blades of the ceiling-fan that push and stir the air in a repetitive movement that no longer reveals anything; and be that blended air my only hale within this waning memory of home.

Space is being heaped upon space: the temple of the heart is falling prey to an abundant of duplications, broken into by its own repetitions, desecrated by words of prayer turned into a desperate nonsensical flow. Alice is speaking in her motherless tongue, and there shall not be other tongue upon her mumbling lips. And the temple of the heart is ruined, buried within itself. And from its roof a woman or a child is springing out like smoke, and her hands form the silhouette of a heart; a heart ripped from its body, abandoned to the wind. For this heart there will be no other home than your eyes, no mother other than your heart.